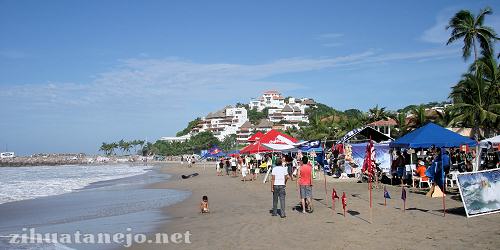 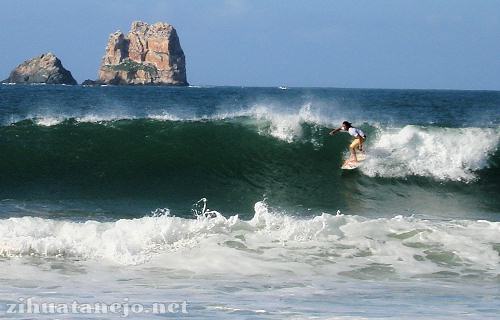 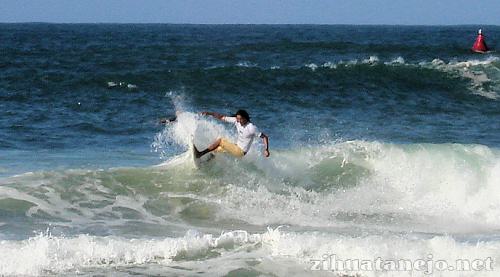 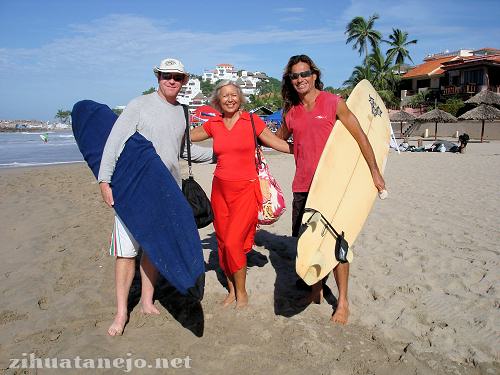 TOP: Contestants and spectators gather at Las Escolleras to see the Karma Surfer National Surfing Competition.
MIDDLE: Surfers doing the waves at the competition at Las Escolleras in Ixtapa.
BOTTOM: My champions Summer, Lupita and Miguel making the surfer scene.

The final day of the "Karma Surfer Primer Torneo del Circuito Nacional Mexicano de Surfing 2006-2007" started with fantastic beach weather. Lupita and I arrived early just as the final day's events were beginning and ran into many friends and acquaintances who showed up to watch, compete, work the event, and sell their wares. There was really a good turnout today and the mood was really upbeat as the waves cooperated offering up some decent rides for the competitors. Just before the competition started some dolphins were also playing in the waves where the surfers were, so that was a good sign.