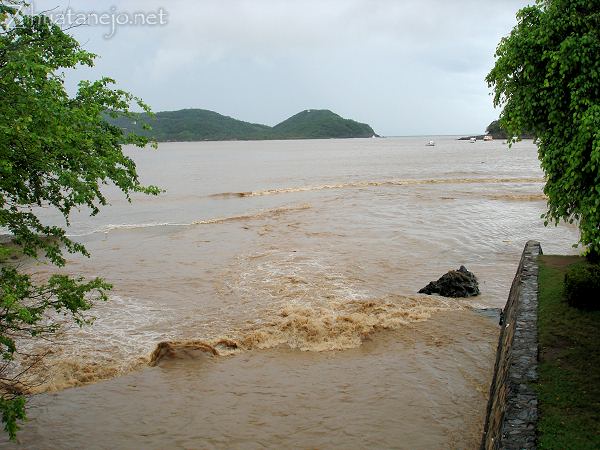 In the first photo you can see where another part of the wall at the mouth of the canal collapsed from the rain. The rushing water is quite a contrast from the usual trickle that most visitors see during the high season.

In the second photo the canal water turns the bay a muddy brown color. The rain was just beginning to cross the bay towards us for another round.

Now the rain has stopped again and it looks as if the sun may be trying to come out.