Rescue and High Drama at the Centro Social 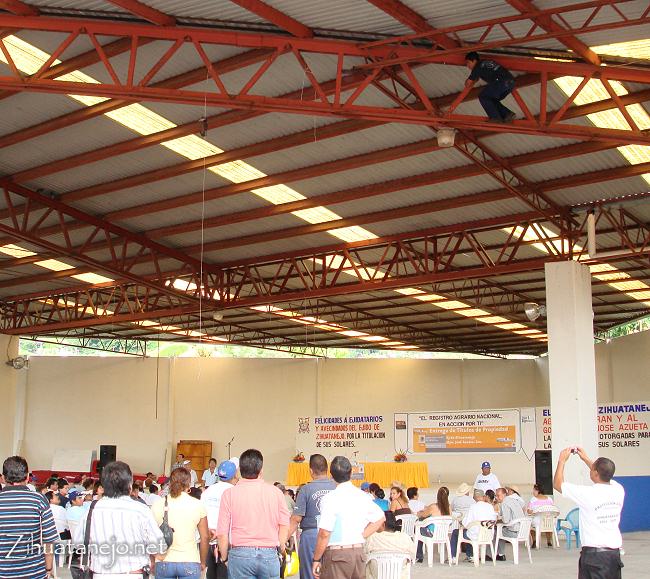 Hundreds watch as a fireman scales the rafters of the Centro Social to reach an entangled pigeon.

Close-up of a fireman climbing towards an entangled pigeon. 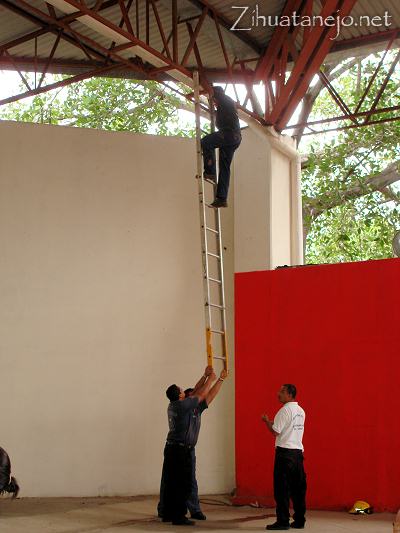 The fireman descends the too-short ladder while his buddies hold it.
Don't try this at home, kids! 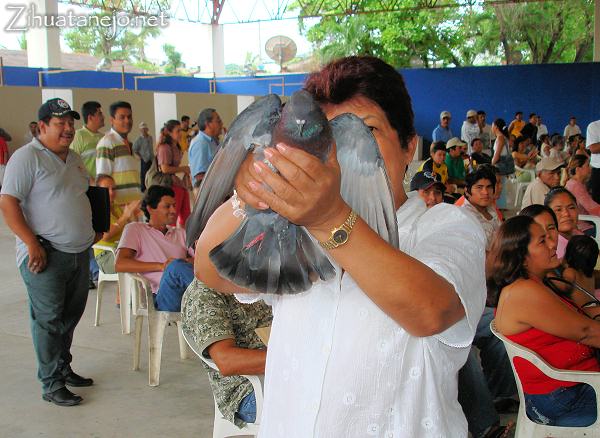 While at the Centro Social awaiting to receive land titles this morning, hundreds of ejiditarios and their families watched in horror as a pigeon became entangled in a string left hanging from the rafters from a previous event. Though Lupita called the fire department right away, it seemed like an eternity before they arrived, and since the pigeon had the string wrapped around its neck as well as its wings, we thought many times it was dead and that the firemen wouldn't arrive in time. Though it took about 3 calls, they finally did arrive but with a ladder that was almost useless. Nevertheless, they got the hooks over a rafter and a fireman scaled first up one of his buddies holding the ladder and then the ladder itself to the rafters. It was a fairly heroic effort since there was no safety net and the rafters are full of pigeon droppings and grime. As he edged nearer the pigeon the crowd was practically holding their collective breath. Finally he reached the string, but he was unable to free the pigeon while also holding on to the rafters. He managed to untie the string from the rafter and let the pigeon fall into the hands of the 3 firemen waiting below... who dropped it... OOPS! But after removing the string the pigeon appeared unharmed and was taken outside and released, flying away quite easily and enthusiastically, obviously happy to be FREE and ALIVE! =)