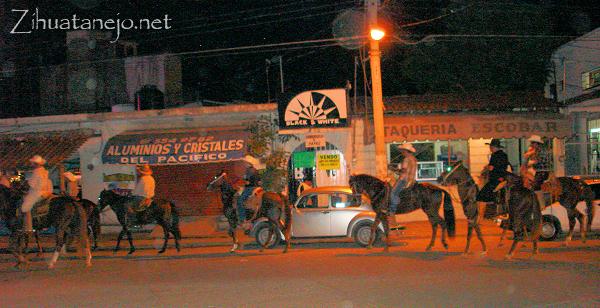 As we were leaving after a delicious dinner at La Costilla de Adßn, a group of charros came riding down the street and many stopped for tequila at a bar across from the restaurant.

Today, September 16, Mexico celebrates the 197th anniversary of the call known as El Grito de Dolores given by Padre Miguel Hidalgo y Costilla at mass for Mexico's natives in Dolores, Hidalgo (the state now bearing his name) to rise in independence against the Spanish oppressors. His call gave rise to the revolution that liberated Mexico from 3 centuries of Spanish rule.