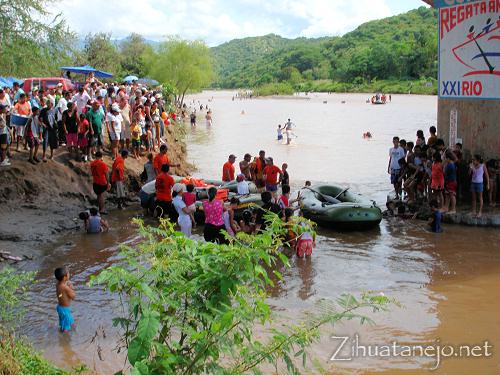 Today was the twenty-first running of the river raft race in San Jeronimito near Petatlán. The participants from all around the region left early in the morning from high in the sierra and were greeted hours later by hundreds of spectators as they arrived at the finish line at the bridge of Río La Tigra (aka Río San Jeronimito) in San Jeronimito. It was hot, humid, and somewhat poorly organized since there was no one announcing as the contestants arrived, so no one knew who the winners were but everyone had a great time and THAT'S what it's all about!

Hope to see you there next year! =)