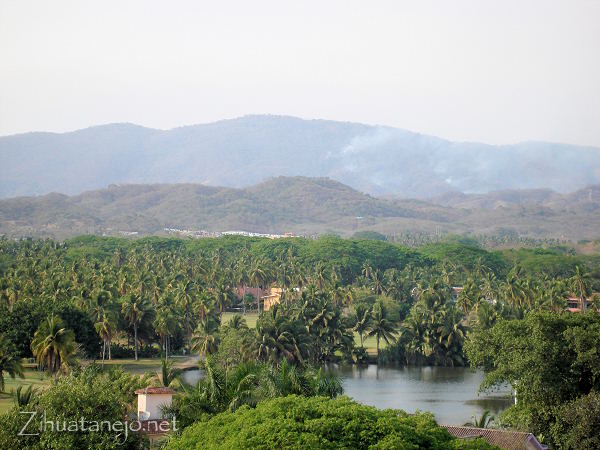 Smoke from fires in the sierra of Ixtapa-Zihuatanejo

Day by day the number of visible fires increases in the hills surrounding Zihuatanejo and Ixtapa and the haze becomes denser while the smell of smoke becomes more noticeable. This is predicted to be one of our worst years for fires and drought, though last year was already one of the worst I'd ever seen (and much of Zihuatanejo has already been without water for weeks). Although there are laws to supposedly ban the burning of parcels of land to clear them for planting (mostly corn), obviously they are more of our worthless laws that are simply not enforced. So each year the smoke slowly suffocates us a little more each day as the fires rage on unchecked, our forests disappear and our rivers and wells dry up.

It appears (again) that our "responsible authorities" don't care to apply the law and risk losing any votes, especially during this election year. It would certainly be a most welcome and pleasant surprise if they proved me wrong.