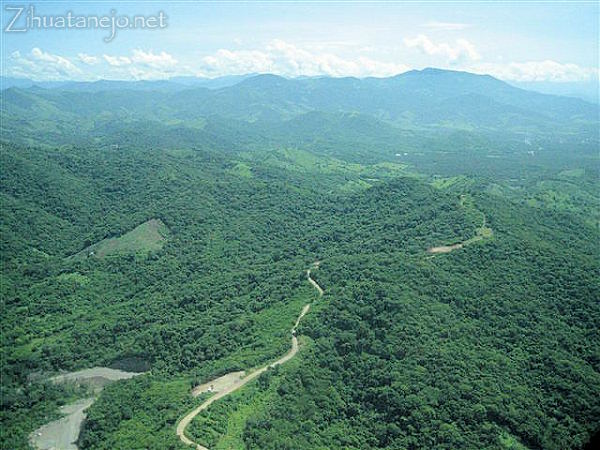 New road on the hills between Playa Larga and Playa La Ropa beaches.

New roads on the hills above Las Gatas and La Ropa beaches from the lighthouse to Playa Larga. 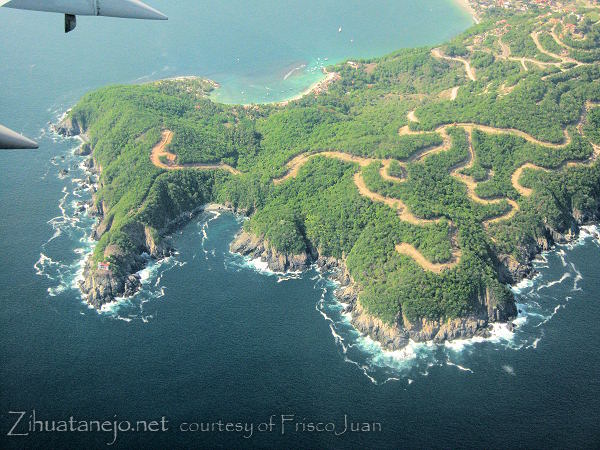 New roads on the hills above Las Gatas and to the lighthouse. 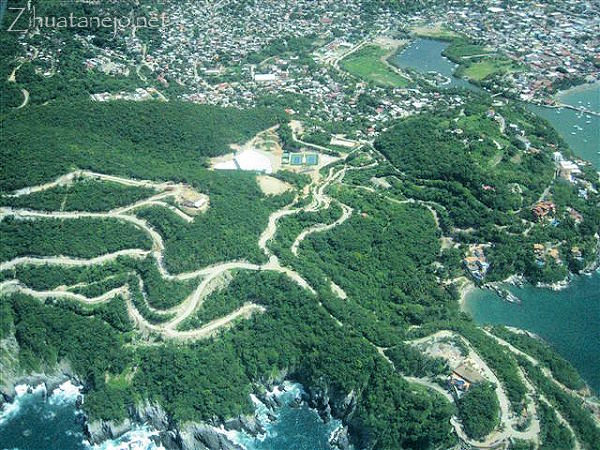 New roads on the hills above Playa Contramar.

In the top 3 photos you can see all the new roads on the hills that make up the eastern peninsula of our bay, and in the last photo are the new roads along the hills that make up the western peninsula. The two peninsulas are like two arms that embrace and protect Zihuatanejo. The damage to the already extremely fragile ecosystem is quite obvious as are the various places where debris and erosion from the roads do and will continue to affect the marine ecosystems along the coast. Playa Contramar is already practically a lost cause and will probably eventually go the same way as Playa Almacén (the beach those same developers say never existed).

It would surely be a tragedy to lose the marine habitat around the lighthouse-to-Playa Manzanillo area where seahorses can be found and which is a favorite diving area, as it would also be a tragedy to have Playa Manzanillo privatized and/or ruined. Why these areas weren't preserved as parks to continue being a large part of the great attraction that Zihuatanejo's natural beauty once was is beyond sane comprehension.

And, as always, Phil from Toronto wisely said:
"Garbage cans on the beaches would at least be symbolic!"

See it and weep for Zihuatanejo.